Are Aircraft Carriers Becoming too Expensive? 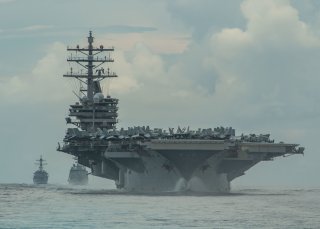 Here's What You Need to Remember: A likewise dismal destiny could await the Ford-class aircraft carriers if fleet design is undergoing another phase change. If the CVN is no longer a capital ship in Corbett’s sense—if it no longer spearheads the fight for nautical command—then lawmakers and ordinary citizens may ask why they should bear the expense.

James Holmes is J. C. Wylie Chair of Maritime Strategy at the Naval War College and the author of A Brief Guide to Maritime Strategy, released last December. The views voiced here are his alone.