Are China’s Attack Helicopters Getting Ready to Go to War Over Taiwan? 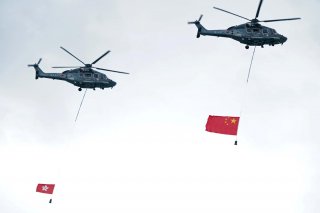 Here’s What You Need to Remember: What is perhaps most significant about the report is the fact that it specifically cites Taiwan and island chains in the South China Sea as locations that would naturally lend themselves to being more susceptible to these kinds of assaults.