Are Claims of a Crisis in Child Care Overblown? 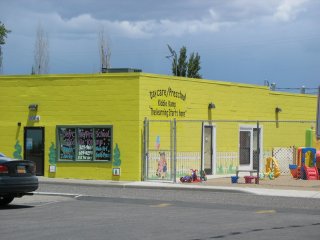 Emphasizing an “acute, immediate child-care crisis in America,” President Biden included $40 billion in his recently-proposed $1.9 trillion “American Rescue Plan,” aimed to save thousands of struggling child-care businesses and enable millions of women — now stuck at home — to return to work.

As I suggested in a recently-published article, though, we know too little about the child care problem we’re planning to spend billions of dollars to solve. That’s because our view of a widely reported, COVID-caused child-care “crisis” is almost entirely driven by anecdotal evidence promoted by advocacy groups. To make good policy in a crucial area, we need more reliable data.

Critics have questioned my claim of inadequate data, citing counterevidence appearing to confirm the widespread assertion of a crisis. Sources cited include surveys of child-care programs and parents conducted by the well-respected National Association for the Education of Young Children (NAEYC) and Bipartisan Policy Center (BPC), along with data on permanent closures and child-care enrollment declines from states like Pennsylvania and Colorado. Together, it’s been said, this data all points in a consistent direction, giving us a sufficiently accurate picture of the child-care sector’s and families’ needs to appropriately direct billions in emergency federal funds.

Below, I discuss several examples of counterevidence that critics have provided, explaining the basis for my claim in more detail. Child care serving low-income families has long been underfunded and of inadequate quality. But, as I show, the most reliable and current data shows no pandemic-caused crisis in child care more generally.

What Do I Mean by “Anecdotal Evidence”?

I’ve argued that news reports of an emerging crisis in the child-care industry due to COVID-19 have been driven by anecdotal evidence, using the term as it’s defined in the dictionary: “Stories that people tell about what has happened to them.” Anecdotal evidence can provide valuable insight into aspects of problem, as a starting point for more rigorous investigation. But even a large compilation of anecdotal accounts can lead to misleading conclusions. The number of such stories isn’t what matters, but rather how those stories are collected — whether as a scientifically-sound, rigorous investigation that systematically gathers a random, representative sample or as a non-random, non-representative collection of personal accounts.

What about NAEYC’s Survey of Child-Care Providers?

A widely-cited NAEYC survey of child-care providers published this past July — “Holding On Until Help Comes: A Survey Reveals Child Care’s Fight to Survive” — described a “catastrophic situation”: 40 percent of respondents were “certain that they will close permanently” without a large infusion of government funding. “The pandemic is set to shutter 40% of US childcare centers,” Business Insider reported. “Leaders in the childcare industry are calling for $50 billion in support to prevent to prevent what they say could be mass closures.”

But this finding — cited in literally hundreds of media reports since July — did not result from a rigorously-conducted investigation. Instead, it was based on the “responses of a non-randomized sample of 5,344 individuals” from 50 states, as NAEYC described it, collected over two weeks via an online survey promoted through professional early childhood channels: “email newsletters, listservs, social media, and via partnerships.” In other words, the survey’s analysis was based on an entirely self-selected group constituting barely one quarter of 1 percent of what NAEYC characterizes as a roughly 2-million-member child-care workforce. Indeed, it was explicitly “intended to present the experiences of the respondents, as captured in the moment,” NAEYC explained, not as a rigorous assessment of the child-care sector.

The July survey was in fact one of a series of similarly conducted surveys NAEYC has released over the past year, all widely promoted by a well-coordinated advocacy campaign to increase federal funding for child-care programs. Results from the first survey — “Child Care in Crisis: Understanding the Effects of the Coronavirus Pandemic” — completed by roughly 6,000 self-selected child-care workers from March 12 to 16, were published on March 17, along with a link to a March 11 letter to Congress signed by 39 advocacy organizations urging substantial emergency funding for child care providers. Five days later, NAEYC issued a press release with the Early Care and Education Consortium (ECEC), titled: “Without Immediate Relief, More than Half of Licensed Child Care will Close in the Next Week: National Industry Organizations Call on Congress for $50 Billion in Urgent Stimulus.”

By March 25, a self-selected group of 11,500 child-care workers had responded to the NAEYC survey. Those responses served as the basis for a Center for American Progress (CAP) projection that roughly half of US child care capacity was at risk of disappearing without billions of additional federal funding, which promptly generated additional headlines across the country. NAEYC’s most recent survey report — “Am I Next? Sacrificing to Stay Open, Child Care Providers Face a Bleak Future Without Relief” — published in December, shared responses from 6,071 (again self-selected) child-care workers, concluding that “the crisis facing child care is as consistent and devastating today as it was in March and in July,” and reiterating the need for immediate federal funding.

What about the Bipartisan Policy Center’s Survey of Parents?

An August 2020 survey of parents conducted by the Bipartisan Policy Center (BPC) and Morning Consult has also been presented to refute my claim. The survey found that more than 70 percent of child-care programs operating in January 2020 had closed or were operating at much-reduced levels. One-third of parents—and almost three-quarters of low-income parents—who had sought child care during the pandemic, reported difficulty in finding affordable child care. Over one-fifth of parents said that without child care they could not return to work.

This was a well-conducted, randomized survey, which indeed found alarming results. Yet a subsequent BPC/Morning Consult survey, released in January 2021, revealed a substantially different picture. Just 11 percent of parents reported that the child-care program they had used prior to the pandemic had permanently closed. BPC’s survey report in fact concluded that by December 2020 COVID-19 was having minimal impact on childcare arrangements: Since the prior January, the proportion of parents caring for their own children increased just from 23 percent to 29 percent, the proportion using a child-care center declined from 25 percent to 21 percent, and the proportion using family child care declined from 11 percent to 9 percent.

What about State Data?

Critics also cited examples of data from specific states, including reports on provider closures in Pennsylvania and a CAP study on Colorado’s child-care enrollment declines. Here too, the most recent data available contradicts the prevalent “crisis” narrative.

An October Philadelphia Inquirer article on provider closures in Pennsylvania was one example cited. The article’s title — “Hundreds of Pa. child-care centers have closed, and some fear it will get worse” — certainly suggested a dire scenario. But while stressing that “advocates warn that many more child-care providers will be pushed to the breaking point this fall and winter,” the article also noted that only 260 — “just a fraction” — of Pennsylvania’s several thousand licensed child-care programs had closed to date.

And, as it turns out, the advocates’ prediction has been incorrect. According to Pennsylvania’s Department of Human Services January 2021 data report, the number of childcare providers declined just 2.3 percent over the past year: from 8,275 providers in December 2019 to 8,082 in December 2020.

Similarly, CAP published a July 2020 study of child-care enrollment in Colorado, finding that enrollment for children under five was at just 52 percent of pre-pandemic levels. Child-care providers were “in an untenable position,” they reported, able to survive only with a $50 billion “stabilization fund” from the federal government. But, according to Colorado’s Licensed Child Care Facilities Monthly Report of January 21, 2021, a total of 3,162 licensed child-care providers are currently operating in Colorado — an increase of 314 providers over the 2,848 providers reported to be operating in 2019.

It’s worth noting that the number of Colorado’s licensed providers had sharply declined just prior to the pandemic: from 4,312 providers in 2018 to 2,848 in 2019 — a 34 percent one-year decline. That’s an important problem worth addressing. But it has nothing to do with the pandemic.

What about Millions of Women Disappeared from the Labor Force?

We have solid data on the substantial number of women — especially mothers — who have left the workforce over the past year. But is it a shortage of child care for young children that’s preventing them from returning? A BPC/Morning Consult October 2020 survey in fact suggests not, finding that just 16 percent of women who left the workforce during the pandemic cited caregiving responsibilities for children as their reason for leaving, roughly two-thirds of whom reported caring for children under age five.

Furthermore, in the most recent BPC/Morning Consult survey of parents with children under age five, mothers reported an increase in unemployment of just 5 percent from the previous year: 13 percent said they were unemployed in December 2020 up from 8 percent in January 2020. The survey did find an increase of 10 percent among women who reported caring for their own children under age five: 42 percent in December 2020 — up from 32 percent in January 2020. It is not clear, however, how many of those additional 10 percent were doing so unwillingly. Among parents who reported they were currently caring for their child, 73 percent described it as their “ideal” child-care arrangement.