Are Submarines Headed for Total Obsolescence? 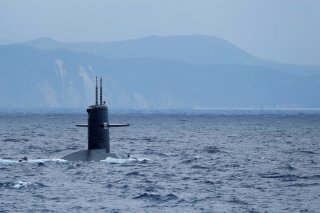 Here's What You Need to Remember: Big Data coupled with non-acoustic detection, tracking, and fire-control technology may soon expose American boats to the prying eyes of hostile forces.

S’pose Bryan Clark has it right. The Center for Strategic and Budgetary Assessments (CSBA) analyst and retired U.S. Navy commander postulates that a technological revolution is about to overtake undersea warfare, rendering the wine-dark sea transparent to hostile antisubmarine (ASW) forces for the first time. This would be a bad thing from the standpoint of U.S. naval mastery. It would place in jeopardy America’s capacity to execute an ambitious foreign policy in distant waters, preside over the liberal maritime order, or accomplish all manner of worthy goals.Such matters were much on my mind while careening down I-95 to the submarine base at Groton, Connecticut last week, there to commemorate the anniversary of the Battle of Midway. The event took place on the pier where USS Nautilus—the United States’ and the world’s first atomic submarine—lies berthed as a nautical museum. Earlier this year the silent service marked the sixtieth anniversary since the day when Nautilus’s skipper first radioed home: “Underway on nuclear power.”