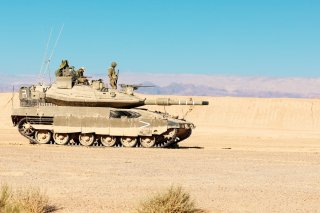 Here's What You Need to Remember: However, its largely accepted that most of these stats are only on paper, and the tank “as displayed” is largely “cardboardium,” and a lot of time and funding would be required to get it anywhere near a workable state.

While the Main Battle Tank has dominated ground conflict for almost the last half-century of wars, it is a very costly machine in many aspects. MBTs take a lot of resources to deploy, operate, and procure due to their heavy armor and weight. They are often not very strategically mobile, requiring shipping on ships as opposed to aircraft. As a result, in the past thirty years, many concepts have been put forth as MBT replacements or supplements in the form of a versatile gun on a lighter wheeled or tracked chassis. This article will discuss Polish, American and South African attempts to develop such vehicles.

Charlie Gao studied political and computer science at Grinnell College and is a frequent commentator on defense and national-security issues. This article first appeared several years ago. It is being republished due to reader interest.