Are Tehran's Ballistic Missiles a Threat to the Middle East? 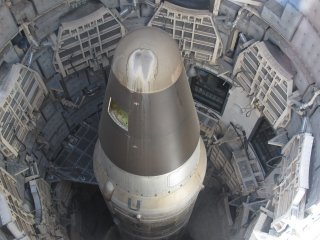 Here's What You Need To Remember: The domestically-developed Fateh-110 is not Iran’s longest-range missile, but it has nonetheless spearheaded a succession of missile strikes targeting Tehran’s foes since 2017.

However, the missile was also detected by Israeli radars. As Israel’s David’s Sling anti-ballistic missile system was not yet operational, the IDF made do with the Iron Dome, a system designed for swatting slower, unguided artillery shells and rockets. Two Tamir interceptor missiles rocketed over snowboarderstowards the Fateh missile at Mach 2, switched to electro-optical sensors for terminal guidance and destroyed it.

In 2011, Iran also unveiled an anti-ship version of the Fateh-110 called the Khalij Fars (“Persian Gulf”), ostensibly equipped an electro-optical seeker to allow it hit to home in on a moving naval target, though photographic evidence isunclear on that. An Iranian article claims that in a 2013 test, the missile struck a moving naval target with eight-meters of accuracy (recording here).