Are These Helicopters China's Secret Weapon Against Taiwan? 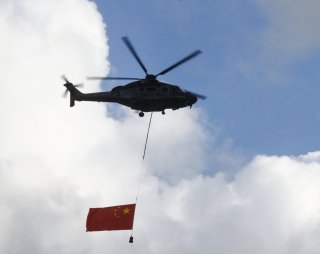 Here's What You Need to Remember: What is interesting about this is that once again, and not at all surprisingly, Chinese tactics, exercises and combat strategies appear to closely mirror, if not fully replicate U.S. activities.