Are These Russian Missiles a Threat to U.S. Aircraft Carriers? 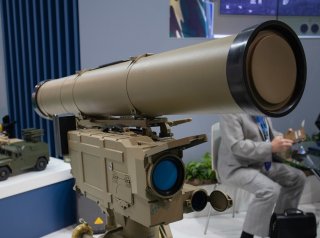 Here’s What You Need to Remember: Aircraft carriers face a litany of threats in the modern age, but the U.S. Navy has spent the last half-century thinking of ways to defeat threats to them. Kornets mounted on dhows is the least of a carrier’s worries.