Are Today’s White Kids Less Racist Than Their Grandparents? 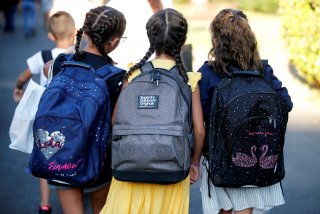 In America’s children, we often see hope for a better future, especially when it comes to reducing racism.

Each new generation of white people, the thinking goes, will naturally and inevitably be more open-minded and tolerant than previous ones.

But do we have any reason to believe this? Should we have faith that today’s white kids will help make our society less racist and more equitable?

Previous research has had mixed findings. So in order to explore more fully what white kids think about race, I went straight to the source: white children themselves.

In my new book, “White Kids: Growing Up with Privilege in a Racially Divided America,” I explore how 36 white, affluent kids think and talk about race, racism, privilege and inequality in their everyday lives.

The limitations of survey data

Before beginning my research, I looked at what previous studies on the racial attitudes of young white people had found.

According to some researchers, we do have reason to be hopeful.

Using survey data, they found that young white people are expressing less prejudice than generations before them. For instance, white support for segregated schools – a traditional measure of racial prejudice – has dramatically decreased over a 50-year period. And surveys show that younger whites are less likely to express racial stereotypes than older whites.

But a second group of researchers disagreed. They found that whites today simply articulate racial prejudice in new ways.

For example, according to national survey data, high school seniors are increasingly expressing a form of prejudice that sociologist Tyrone Forman calls “racial apathy” – an “indifference toward societal, racial, and ethnic inequality and lack of engagement with race-related social issues.”

Racial apathy is a more passive form of prejudice than explicit articulations of bigotry and racial hostility. But such apathy can nonetheless lead white people to support policies and practices that align with the same racist logic of the past, like a lack of support for social programs and policies designed to address institutional racism or an indifference toward the suffering of people of color.

Other researchers question the ability of surveys to capture honest responses from whites about race-related questions or to describe the complexity of whites’ perspectives on race.

As useful as surveys can be, they don’t allow us to fully understand how white people explain, justify or develop their views on race.

What the kids are saying

In order to better understand how white children think about race, I interviewed and observed 30 affluent, white families with kids between the ages of 10 and 13 living in a Midwestern metropolitan area. Over the course of two years, I immersed myself in the everyday lives of these families, observing them in public and in the home, and interviewing the parents and the kids. A few years later, when the kids were in high school, I re-interviewed a subset of the original group.

These children had some shared understandings of race, like the idea that “race is the color of your skin.” But when I brought up topics like racism, privilege and inequality, their responses started to diverge, and there was more variation than I anticipated.

Some kids told me that “racism is not a problem anymore.” But others told me in great detail about the racial wealth gap, employment discrimination, unequal schooling, and racist treatment of black kids by police.

As an 11-year-old named Chris explained:

“I think that the white kids, since they have more power in general in society … disciplinary actions aren’t brought down as hard upon them. But when it’s, you know, a black kid getting in trouble with the police … I think people are going to be tougher with them, because, you know, [black kids] can’t really fight back as well.”

Although some of the kids had much greater understandings of the history of racism in America, others flattened time and lumped all of African-American history together, while also mixing up names and dates.

One 11-year-old named Natalie told me:

“Racism was a problem when all those slaves were around and that, like, bus thing and the water fountain. I mean, everything was crazy back in the olden days. … But now, I mean, since Martin Luther King and, like, Eleanor Roosevelt, and how she went on the bus. And she was African-American and sat on the white part. … After the 1920s and all that, things changed.”

When it came to the understandings of privilege and inequality, some kids made comments like, “There’s no such thing [as privilege]. Everyone gets what they deserve in life, if they work for it.”

I also found that many of the children expressed forms of racial apathy. When a black teenager was shot and killed by a police officer in the community, 16-year-old Jessica told me that she “did not care” about black people being killed because they “obviously did something to deserve it.”

But some kids, like 16-year-old Charlotte, had a very different reaction:

“It should all be stopped. There is actually a problem and a system that allowed this to happen. … Technically, legally, what that officer did was ‘okay’? It’s like, well, maybe that’s the problem. Maybe killing black people shouldn’t be legally ‘okay,’ you know?”

The importance of a child’s social world

Why such stark differences among these kids?

It wasn’t simply a matter of these kids repeating the views of their parents.

Decisions parents made about where to live, where to send their kids to school, which extracurricular activities to enroll them in, where they traveled and what media they consumed work to create what I refer to as a child’s “racial context of childhood.”

Within this racial context, kids developed ideas about race by observing and interpreting what was going on around them. And because of important variations in these social environments, the children made sense of race in different ways.

In this sense, my work builds on existing scholarship on how children develop understandings about race and racism in the context of family, place, early school experiences,elementary and secondary schools, child care and even summer camp.

All of these aspects of a child’s social environment play a role in shaping how they learn about race.

Are white kids less racist than their grandparents? My research with kids doesn’t give us any reason to believe that each new generation of white people will naturally or inevitably hold more open-minded and tolerant viewpoints on race than previous generations.

Dismantling racism in the United States will require more than just passive hope.