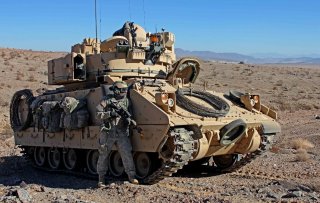 Here's What You Need to Know: The Army wants its Bradleys to be more survivable both when faced by the rocket-propelled grenade and IED threat encountered in Iraq and Afghanistan, as well as to new guided antitank missiles and enemy IFVs that would appear in a high-intensity conflict against a near-peer adversary.