The Army Has a Mobility Challenge in the Arctic 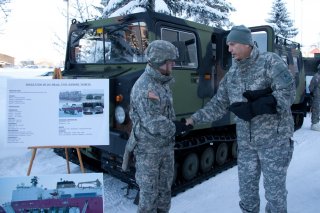 Here's What You Need to Remember: Part of the Army aim articulated in the strategy is to, at least in part, address this mobility challenge by replacing its existing Small Unit Support Vehicles with a new extreme cold weather, high-altitude platform.