The Army Rejected The M9A3 Beretta Pistol, But You Can Still Get One 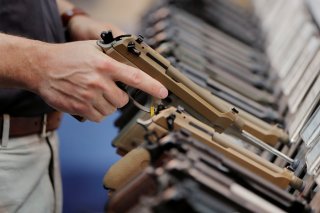 Here's What You Need To Remember: The U.S. Army may have declined to adopt the M9A3, but the pistol is still available on the civilian market. Shooters can take advantage of the research and development that went into further developing the classic Beretta 92 design. The -A3 is sold commercially with three seventeen-round magazines, giving the user access to a total of fifty-one rounds when carrying a loaded pistol and two loaded spare magazines.