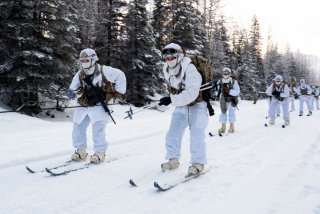 Here's What You Need to Remember: A recently unveiled Army Arctic Strategy paper, called “Regaining Arctic Dominance,” specifically cites “mobility” as a serious and growing challenge to Army operations in the Arctic, certainly a circumstance which might explain why the service is moving quickly to acquire these vehicles.