The Army's New Shotgun Is Built for Modern Warfare 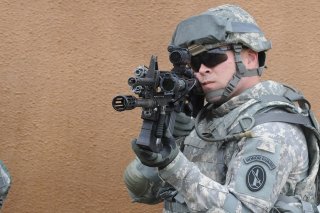 Key point: Unlike the Mossberg, the MASS is a hybrid weapon that can attach underneath the Army’s standard issue M4 rifle, or can be fitted with a stock and pistol grip to be a weapon of its own.

This article by Kevin Knodell originally appeared at War is Boring in 2015.