Asia has Seen Some of the Most Gruesome Wars in History 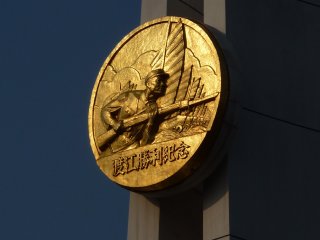 Here's What You Need to Know: As late as the 1970s, war raged across Southeast Asia.

The Three Kingdoms War (220-280 AD) was a struggle between the Han dynasty states of Wei, Shu, and Wu, the net result of which was the triumph of the Jin dynasty. Fighting between the kingdoms, plus disease and famine cost an estimated 40,000,000 lives.

The Taiping Rebellion was started in 1850 by Hong Xiuquan, a religious fanatic who led the revolt against the Qing Dynasty. The revolt started in southern China and spread as far north as Nanjing before it was stopped in 1864 by a Qing army led by Western military officers. The rebellion was eventually put down, but not before anywhere from 20,000,000 to 100,000,000 people lost their lives.

The story of World War II in Asia is the story of Japan versus the entire region, plus the United States, Great Britain, and the Soviet Union. Japan made war from Mongolia to Pearl Harbor, from the Aleutian Islands to Darwin, Australia.

Vietnam went to war five times in the twentieth century, but its most lethal conflict was between 1965 and 1975. The United States and its allies supported a pro-Western regime in South Vietnam, while the Soviet Union and China supported the regime in North Vietnam.

The conflict, which spilled over into nearby Laos and Cambodia, saw the use of tremendous firepower by U.S. forces, particularly in tactical and strategic airpower. On the North Vietnamese/Viet Cong side, guerrilla, artillery, and conventional infantry attacks chipped away at American and South Vietnamese forces.

United Nations forces losses were 70,000 by the Republic of Korea, 46,000 by the United States, and one million South Korean civilians. North Korean and Chinese forces lost 1,000,000 lives, 60 percent due to combat and the rest due to disease. North Korea civilian deaths are estimated at 1.5 million.