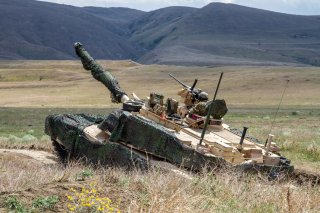 Here's What You Need To Remember: On top of the usual dangers such as fire or explosion, crews in combat would have worried being irradiated if their tank was hit. U.S. nuclear regulators would almost certainly have insisted that tank crews, who would be sitting on top of an atomic reactor, receive nuclear materials and safety training, which would have eaten up time for regular training such as gunnery.

Michael Peck is a frequent contributor to the National Interest and is a regular writer for many outlets like WarIsBoring. He can be found on Twitter and Facebook. This article first appeared last year.