Australia Could Be Arming Its Unmanned Aircraft 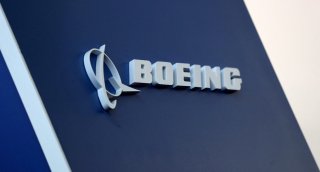 Here’s What You Need to Remember: Boeing's Airpower Teaming System could be used against valuable targets so heavily defended that an operator dare not use crewed aircraft against them.

Boeing didn’t mention it, but Christopher Pyne did: the company’s Airpower Teaming System could be armed.

Australia’s then defence minister, speaking at the unveiling of the ATS in February 2019, omitted details of kinetic missions that might be undertaken by the aircraft, a ‘loyal wingman’ drone. But they’re not hard to guess. Most obviously, they would be attacks on relatively easy surface targets but also, quite possibly, shooting down low-performance aircraft.

Since the drone should be cheap, it could also be used against valuable targets that are so heavily defended that an operator dare not use crewed aircraft against them.

Boeing is developing the ATS in Australia for the global market. If the concept proves sound, the Royal Australian Air Force is a likely customer.

The company has said very little about the design and capabilities. This article, written without its assistance, builds on an earlier one that looked at the design, and another that considered likely electromagnetic missions, such as surveillance.

Much of this discussion is relevant to other prospective loyal wingman types, including the Kratos XQ-58A Valkyrie. The observations are preliminary, however, and will eventually be overtaken by confirmation of the ATS design.

Before looking closely at what kinetic missions may be possible, we must remember that ethical questions about the use of autonomous weapons have not been resolved.

Moreover, attack capabilities are easy to imagine but usually difficult and expensive to create. To make them possible, engineers must ensure that weapons can be carried, fed with satisfactory guidance data and successfully released.

They also must be released without undue risk to people and objects that the operator doesn’t want to hit, regardless of whether highly autonomous attack is ethically accepted. That’s a key reason why we can expect the ATS to be developed for electromagnetic missions before it eventually appears with weapons.

How would it carry those weapons? Since it’s stealthy, it should hold them internally, and examination of photographs of prototypes soon reveals space for two weapon bays, in the lower corners of the fuselage ahead of the main landing gear.

This is a small aircraft, so the size of each bay should be minimal. The probable length is just over 1.8 metres, enough to accept the 93-kilogram Raytheon GBU-53/B StormBreaker precision-guided bomb, which is the obvious standard air-to-ground weapon for the ATS. Since the StormBreaker’s diameter is only 18 centimetres, space may be available for a total of four bombs (two per bay).

If not much low-level flying is required, the radius for a bombing mission may not be much less than half of the 3,700-kilometre range (presumably ferry range) that Boeing quotes for the ATS. It may indeed be 1,500 kilometres, an impressive distance. This conclusion is based on the low drag of the internal payload carriage and the use of a small engine that’s incapable of high thrust (and therefore high fuel consumption) in a combat zone.

Soft, immobile ground targets with light or no defences are the first objects an operator would think of attacking with such an aircraft. Against serious defences on the ground and in the air, an ATS would lack adequate survivability features, notably high acceleration, elaborate countermeasures and on-board human decision-making. But, being faster and stealthier than a drone like General Atomics’ MQ-9A Reaper, for example, it would be much less likely to be intercepted.

An ATS could attack much as any other fast jet would, releasing bombs while approaching the target and turning away as they flew onward. If the drone knew its position precisely enough at the point of bomb release, inertial guidance in the weapons might alone be good enough for hitting the target.

For use against ground vehicles, the ATS would need an electro-optical and infrared sensor in its nose to detect and classify them. Once launched in their general direction, a bomb could again detect and classify them, requiring no more support from the aircraft. But adding a laser designator in the ATS’s nose would give the aircraft greater control.

For the operating air force, such capabilities against relatively easy targets would release crewed fighters for more difficult missions. A force of loyal wingmen with these capabilities would also enable more targets to be attacked over a given period of time. This would debilitate the enemy faster and stress its air-surveillance and fighter capacity.

In more difficult attack missions, ATSs could supplement crewed fighters, with the assumption that some drones might not come back.

And, for unusually dangerous attacks against targets of great value, ATSs could be used unaccompanied by crewed aircraft. For example, imagine them simultaneously rushing a strongly defended target in greater numbers than protective surface-to-air systems could eliminate. Some ATSs would go down; the survivors would hurl their bombs.

The target might indeed be an air-defence battery. Since that could cost well over US$100 million and its destruction might tear open a gap in the enemy’s air-defence network, severe losses among attacking drones could be justifiable.

Then there’s the possibility of air-to-air work. Since the ATS has little thrust, and since autonomous systems are challenged by the complexities of fighter combat, this mission seems improbable—until we remember that not every air target is another fighter.

Importantly, Raytheon has been working on an air-to-air missile that should fit into ATS weapon bays, the Peregrine, which is 1.8 metres long.

If the Peregrine or a similar weapon is indeed fully developed, ATSs could use it against unescorted bombers, transports, surveillance aircraft (including maritime patrollers and drones), helicopters, cruise missiles and other loyal wingmen.

Sensors such as the radars on Boeing E-7 Wedgetails could be used to direct ATSs to an intercept, which they might automatically complete. The drones would probably have to be operating in a free-fire zone—that is, a chunk of airspace without friendly aircraft.

They would need their own costly radars for acquiring the target and supplying fire-control data to their missiles. But that would still leave them far cheaper than crewed fighters, and they could be deployed in much greater numbers.

The operating air force would thereby enlarge an enemy’s risk in entering airspace within the ATS’s radius. Either the enemy’s fighter force would be burdened with more escort work or vulnerable aircraft might just have to be kept out of the area.

It’s important to understand the potential air-to-air mission as part of a central theme in the concept of loyal wingmen: these aircraft would be cheap in large part because they would generally be fitted with barely more equipment than is needed for any particular mission.

Fighters are exquisite packages of weapons, sensors, communications gear and human operators, all integrated with each other and into an airframe–engine combination that offers extraordinary aero-propulsive performance.

Yet most of that may be unnecessary for many missions.

If the pilot is left out, modest flight performance accepted, and other features disaggregated, the result is vastly cheaper to develop, manufacturer and operate—but, we must remember, still only a supplement to a crewed fighter.