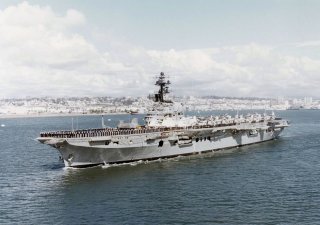 Here's What You Need to Remember: Even as it was being scrapped, some sources suggest the Chinese continued to study every aspect of HMAS Melbourne.