The B-21 Stealth Bomber Could Have a New Role: Dogfighting 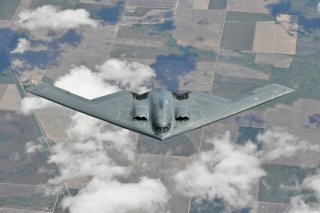 Here's What You Need to Remember: If the B-21 does fly in 2021, as planned and ends up including the air-to-air capabilities that have been proposed, it could finally fulfill the A-12’s multi-role promise from nearly 30 years ago.