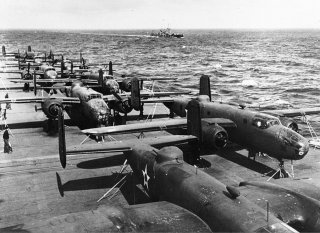 Here's What You Need To Remember: Ultimately, the cannon-armed bomber failed to prevail not because it could not be done, but because it was not the most efficient solution for the job.  Afterall, cannons are cost-efficient ways to sustain barrages over time—but combat pilots often only have a brief window in time to expend their weaponry.  Under those circumstances, it’s preferable to release a hail of 3” rockets in the space of a few seconds than to pot away at length with a slower-firing cannon.