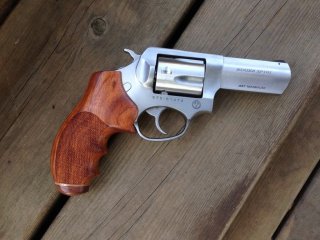 Here's What You Need To Remember: The .38 Special is inexpensive and available in a wide variety of configurations, from regular ball ammo to hollow points to high-pressure +P rounds.

Today, the .38 Special is still popular, particularly among those who prefer the simplicity and aesthetic of revolvers. It is inexpensive and available in a wide variety of configurations, from regular ball ammo to hollow points to high-pressure +P rounds. Here are five of the best guns you can shoot .38 Special out of.

This piece originally appeared in July 2018 and is being republished due to reader interest.