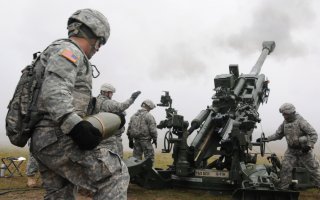 Here's What You Need to Know: The Army continues to upgrade its capabilities.

The U.S. Army last year fired two 155-millimeter-diameter howitzer shells out to a distance of 40 miles.