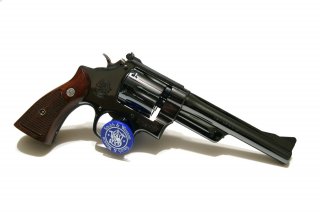 Here's What You Need To Remember: Unlike modern revolvers, the Single Action Army is a single-action revolver: that is, the hammer must be cocked between shots to advance the cylinder to a fresh, unfired round and ready the hammer. This slows firing but the trigger pull is considerably lighter and shorter than double-action revolvers.

Kyle Mizokami is a defense and national-security writer based in San Francisco who has appeared in the Diplomat, Foreign Policy, War is Boring and the Daily Beast. In 2009 he cofounded the defense and security blog Japan Security Watch. You can follow him on Twitter: @KyleMizokami. (This first appeared several years ago.)