Bang For Your Buck: Are Expensive AR-15 Rifles Worth The Cost? 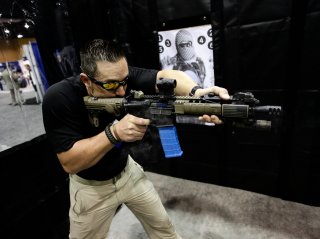 Here's What You Need To Remember: Quality rifles are starting to get cheaper too. During the “Black Friday” sales in late November, Geissele-built “Super Duty” rifles were going for around $800. If one wants an AR for serious use, it’s best to skip “entry-level” ARs and buy a quality rifle from the start.

The popularity of “budget” AR-15s  has exploded in recent years. From offerings from established manufacturers like the S&W M&P 15 Sport and the Springfield Armory Saint to parts kits to offerings from upstart manufacturers in that niche like Anderson, Palmetto State Armory, and Aero Precision, there’s a dearth of options for those looking for a cheap AR-style rifle.

But are these cheaper rifles as good as their more expensive counterparts? Companies like BCM, FN and Daniel Defense sell full rifles that cost almost two times as much as cheaper rifles, comparing models with similar specifications and features.

While the cheaper rifles are fine for those who might shoot 100 to 200 rounds out of their AR yearly, those who are looking to seriously train with or employ their ARs would be better served by a more expensive quality rifle.

Costs are often cut on cheaper rifles by reducing the level of quality control, skipping steps in construction, and using cheaper materials on what are considered “less important” parts. Examples of this can be seen in an excellent post on Primary and Secondary looking at a DPMS Oracle, a budget tier AR. The buffer tube is likely made of inferior aluminum, the handguard lacks heat shields, and the gas block is not secured properly.

While DPMS rifles are considered to be some of the worst when it comes to quality control, problems are also present on other budget ARs. Palmetto State Armory rifles are known for having canted front sight blocks and for being overgassed to run cheap ammo. This can cause gas rings to blow out, leading to a need to replace them. Anderson lowers are known for being out of spec, sometimes with insufficient milling in the mag well for magazines to even fit properly in them.

Comparatively, most rifles by “duty” ready manufacturers like BCM, Daniel Defense, and FN will have all the features required for long term reliability: properly staked gas keys, staked castle nuts, properly gassed barrels, and all parts fitted together within military specification.

While parts on cheaper ARs can be swapped out for more expensive components, this adds to the cost. Similarly, gas keys and castle nuts can be manually staked with proper tools, but given that the materials used in cheaper ARs may not be up to par, it’s questionable whether investing money in the tools to “fix” a cheaper AR is worth it.

Also, as mentioned in the P&S article, parts on a cheap AR might be fitted together in a way that makes it harder to upgrade in the future. The barrel nut on the DPMS broke at 90 pounds of torque, and some pins and screws were retained with nonstandard binding agents, as opposed to standard threadlocker which breaks at a known torque value.

Quality rifles are starting to get cheaper too. During the “Black Friday” sales in late November, Geissele-built “Super Duty” rifles were going for around $800. If one wants an AR for serious use, it’s best to skip “entry-level” ARs and buy a quality rifle from the start. Quality rifles will operate more reliably, have less recoil, and are easier to upgrade.