The Battle of 73 Easting: Desert Storm's Biggest Tank Battle Could Have Ended in Disaster 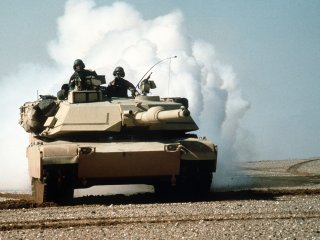 Daniel L. Davis is a retired U.S. Army colonel who served multiple tours in Afghanistan. He is a senior fellow with Defense Priorities. Follow him on Twitter @DanielLDavis1. This article first appeared in 2018 and is reprinted here due to reader interest.