The Battle of Bloody Ridge Was a Bloody Mess 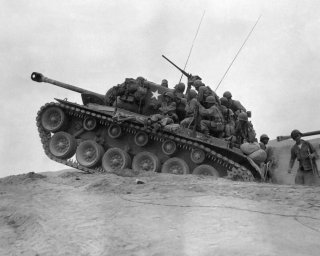 Here’s What You Need to Remember: After the last Chinese attempt to retake Seoul in April 1951, the communist forces had been driven back about 35 miles to the north, and the battle lines between the two armies stretched across the peninsula, roughly along the 38th parallel.