The Battle of Midway Was More Important than D-Day 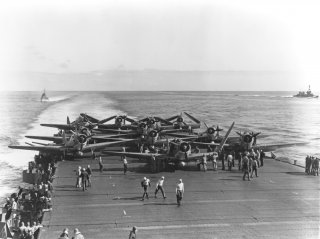 Here's What You Need To Remember: Midway was, in many ways, a more decisive battle than D-Day. The loss of four of Japan's carriers stopped the Rising Sun dead in its tracks, giving America space to reinforce the Pacific - and slowly retake it.

This article by Connor Martin originally appeared at Real Clear Defense. It first appeared in The National Interest in June 2019.