The Battle of Stalingrad Is a Miserable Story of History 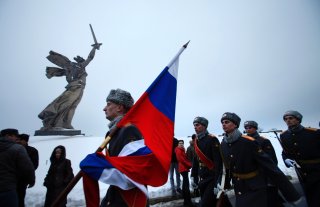 Here’s What You Need to Remember: Though Stalingrad carried significant military importance, the psychological importance both leaders placed on the city elevated it to a level of importance above perhaps even the capital city of Moscow. The price both armies were willing to pay to possess it transcended military utility and entered fully into the category of obsession.