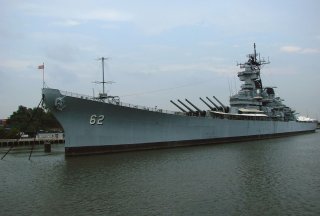 Here's What You Need To Remember: Bombarding targets from the safety of a battleship was much easier than bombing them from aircraft. The North Vietnamese, who had a sophisticated anti-aircraft network, had almost nothing that could target the USS New Jersey.

The U.S. Navy, concerned by aircraft losses in the air campaign against North Vietnam, saw the battleship as a low-risk way of bombarding coastal targets without losing aircraft and pilots. North Vietnam, other than tactical aircraft and torpedo boats, had little that could damage a battleship parked off its coastline.

Kyle Mizokami is a writer based in San Francisco who has appeared in The Diplomat, Foreign Policy, War is Boring and The Daily Beast. In 2009 he co-founded the defense and security blog Japan Security Watch. This article first appeared several years ago.