Battleship Suicide: A Nazi Captain Was Tricked Into Killing His Warship 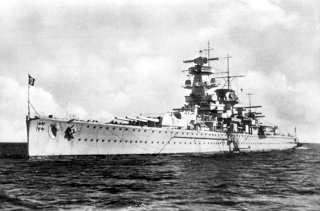 Michael Peck is a contributing writer for the National Interest. He can be found on Twitter and Facebook. (This first appeared several years ago.)

You Can't Sink Hitler's Battleship: Why It Was So Hard to Kill the Bismarck