The Battleship USS Maryland Was a True Naval Killer 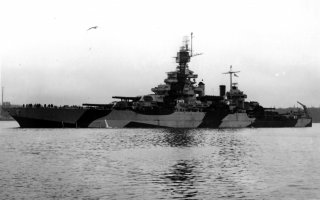 Here's What You Need to Know: The USS Maryland helped the U.S. advance across the Pacific and roll back the Japanese Empire.