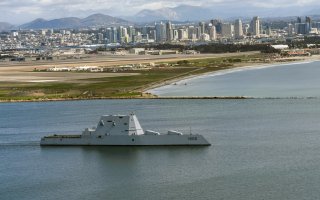 Key Point: The USS Zumwalt is going to win this battle in almost any conceivable scenario.

Robert Farley, a frequent contributor to the National Interest, is author of The Battleship Book. This article first appeared in 2016 and is reprinted here due to reader interest.