Battleships: This Picture Is What An Obsolete Warship Looks Like 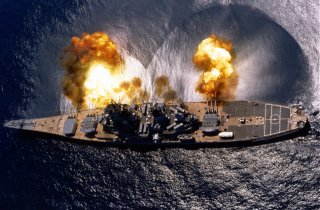 Here's What You Need To Remember: Battleships excelled at shore-bombardment, anti-aircraft defense and action against other battleships. But what do they have to offer for comtemporary military endeavors?