Beating China Is No Easy Task: Japan Has A Plan and It Involves the F-35 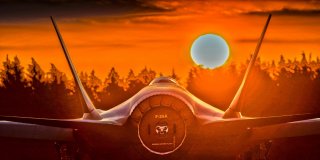 Here's What You Need To Remember: The situation would be reminiscent of the Cold War, when missile-equipped Soviet bombers such as the Tu-22M Backfire, equipped with long-range anti-ship missiles, faced U.S. carrier-based aircraft such as the F-14 Tomcat, which would have endeavored to intercept the bombers before they could reach launch range.