Becoming a U.S. Marshall Isn’t Easy, But Shooting Like One Is 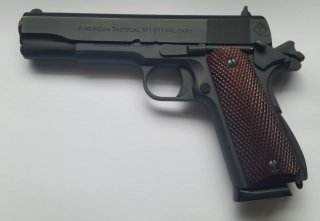 Here's What You Need to Remember: However, the benefits of the STI will only be apparent to those who shoot their pistols extensively on a daily basis. For the majority of military and law enforcement users who carry more than they shoot, the more affordable and lighter Glock will continue to be the dominant choice.