Beseiged By British And U.S. Fighters, Nazi Submarine U-966 Fled For Neutral Spain 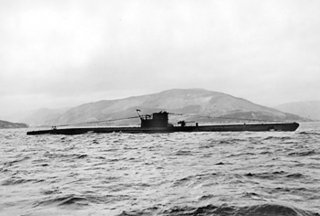 Here's What You Need To Remember: Wolf’s crippled U-boat was on its last legs after nine hours of constant air attack. Suddenly, its crew spotted what they believed was a British corvette in the distance. Wolf had had enough — he ordered that the top secret documents be burned, told the crew to assemble on the deck to abandon ship and instructed his engineer to set a scuttling charge on a five-minute timer.

In June 2018, Spanish media reported that divers Anxi González Roca and Eduardo Losada and naval historian Yago Abilleira had re-discovered the wreck Nazi submarine U-966 off Estaca de Bares in the Galician region on the northwestern tip of Spain. The divers found debris scattered across a wide area at depths ranging from 18 to 26 meters.

Roca told the periodical El Pais that they had searched for years in the famously rough waters of Estaca de Bares, before being tipped off about a local fisherman who had “a large aluminum sheet covering the chicken coop at his house … part of the airframe of a World War II fighter plane, we think one belonging to the Allied forces.”

However, the dramatic story of how five Allied bombers from three countries chased U-966 for nine hours until it crashed into craggy Galician rocks is often only retold with errors — particularly relating to the tragic loss of a British seaplane after U-966 met its fate.

Using a combination of U.S. Navy, Royal Air Force and Czech after-action reports, accounts from the crew of U-966 collected by Lt. Col. Buck Cummings, and the work of Spanish historians José Antonio Tojo Ramallo and Juan Carlos Salgado, it’s possible reconstruct the turbulent events that occurred off the Galician coast in Oct. 10, 1943 — and their peculiar aftermath.

U-966 was a Type VIIC U-boat, the most prolific type to serve in Nazi Germany’s undersea campaign to cripple maritime supply lines between the United Kingdom and the United States. The 67-meter long vessel was built in Hamburg by Blohm & Voss and entered service on March 4, 1943 under command of Lt. Eckehard Wolf.

Dubbed “Old Man,” Wolf was in fact only 25 years old, but his 50 crew were mostly inexperienced 19-to-21-year-olds. His subordinates remembered Wolf as a fatherly but hard-driving commander during their six months of training. “At this rate you will never be the sailors you can be,” Wolf chided the crew in a speech, “maybe [good] lumber for bowling pins, but not good sailors!”

Wolf knew the odds of survival were long, having already served 16 months on two U-boats. Over the course of the war, more than 28,000 U-boat crewmen perished and 5,000 were captured—an 80-percent loss rate.

After months of training in the Baltic, the 960-ton submarine transited to Trondheim, Norway on Sept. 17, pausing along the way to surface among Norweigina fishing boats. Though the startled fishermen offered them fresh catch, Wolf decided to submerge, worried that they might betray their presence to the Allies.

On Oct. 5, U-966 departed Trondheim headed for the East Coast of the Untied States on its first — and only — combat patrol.

Under the cover of a sea storm, U-966 managed to slip through the heavily-patrolled gap between Iceland the Faroe Island. However, on Oct. 25 it ran afoul of two British destroyers.

Wolf crash dived U-966 150 meters below the surface while the destroyers circled overhead, dropping 87 depth charges by the terrified crew’s count. The crew survived the bombardment, but U-966’s radio did not. The boat was unable to transmit messages.

After going three days without communication from U-966, the navy assumed it had been destroyed and stopped sending directions. Deprived of intel, Wolf nonetheless pressed on to the U.S. east coast, dodged a torpedo possibly launched by a fellow U-boat and made an unsuccessful attack on an Allied convoy.

However, the Type VIIC was relatively short-range submarine — 9,800 miles — and without the radio it twice failed to rendezvous for refueling with Type Xb tanker submarines, one of which had in fact been sunk.

Realizingly he was flailing around blindly, Wolf decided to return to base in southern France via the Bay of Biscay, waters heavily patrolled by Allied planes.

Wellington in the moonlight

The Type VIIC used two diesel engines to generate electricity. While surfaced, the air-consuming generators could run continuously, propelling the submarine to a top speed of 20 miles per hour.

Submerged, it couldn’t exceed eight miles per hour, and even that pace would drain the batteries and air supply in a matter of hours. These limitations common to all early World War II submarines meant they had to surface frequently for extended periods of time. Naturally, submarine commanders preferred to recharge batteries at night.

On Oct. 10, 1943 U-966 was doing precisely that when it was detected by a Wellington GR Mark XI bomber of the RAF Coastal Command’s 612 Squadron. The twin-engine medium had a useful maximum range approaching 2,000 miles and mounted a Mark 2 ASV 2 radar that could distinguish a submarine from background clutter produced by waves at ranges of around six to 10 miles in fair weather.

The pilot, Warrant Officer Ian Gunn, soon spotted the submarine in the moonlight. He could have turned on the 22-million candle power Leigh Light slung under one wing to better illuminate his target, but chose take the sub by surprise.

The eyes of the watchman were still adjusting to the dark and he could not hear the airplane over sub’s rumbling diesel engines. The Wellington swept down to 100 feet and released six Mark IX 250-pound depth charges full of Torpex explosives, all of which fell short. But depth charges are designed to rupture a submarine’s hull without a direct hit.

“It was as if an invisible hand grabbed and shook the boat,” crewman Herebert Komer recalled. “Complete darkness came over us and in a moment the emergency lights came on. There was total chaos! Everything not tied down went flying and broken glass was everywhere.”

U-966 had a twin-barrel 20-millimeter automatic cannon and a heavier 37-millimeter gun for self-defense. These chattered into life, arcing tracers into the night sky. The tail and front gunners on the Wellington raked U-966’s deck in reply with 500 rounds, wounding two crew.

Three minutes later, the bomber banked around for another strafing run—but the submarine had disappeared. “We flew over the area for nearly two-and-a-half hours afterwards and searched a radius of five or six miles but we saw nothing more,” Gunn later wrote.

In fact, Wolf had ordered a crash dive to 150 meters. But U-966 was badly damaged, and the submarine continued plummeting beyond its safe test depth, the pressure causing the tortured metal of its damaged hull to creak and moan eerily.

A Type VIIC submarine’s crushing depth at which its hull begins collapsing from the pressure of the surrounding water lay between 250 to 295 meters. U-966 finally stabilized at 240 meters.

Gunn’s attack had inflicted grievous damage, however. One of the main bearings was damaged and water was leaking, likely from cracks in the ballast tanks. Worse, the port side diesel engine had been knocked out, leaving U-966 with just one functioning generator.

Attack of the Liberators

Gunn’s sighting caused hulking four-engine Liberator bombers of the U.S. Navy to begin circling the area. The chunky B-24 was the most-produced military aircraft ever by the United States with around 18,500 built. It boasted long range of nearly 3,000 miles and decent speed, though it was little loved for its difficult handling characteristics.

These far-flying Liberators were able to hunt in the “mid-Atlantic gap” previously beyond the reach of patrol planes, closing a window vulnerability U-boats had ruthlessly exploited.

Wolf kept U-966 submerged for as long as possible to avoid detection. But after four hours, his remaining generator was running low on air, so he re-surfaced at 8:30 A.M. Taking up the watch, Wolf ominously ordered his crew to put on life jackets.