The Best .45 Caliber Handguns Out There 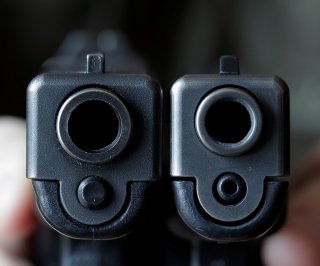 Here's What You Need To Remember: Today there are more choices of .45 ACP pistols than ever before, as almost all gun manufacturers offer their most modern semi automatic handguns in the big caliber.

The Tactical Carry pistol is one of the very best of a crowded field of 1911 pistols and represents the pinnacle of the design.