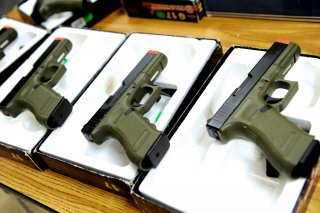 Here's What You Need To Remember: Unlike previous Sig handguns, the P320 is a striker fired pistol that does away with a hammer and firing pin. The P320 also has a manual safety, a key Army requirement. The pistol is double action only, meaning a single trigger pull will both cock the pistol and release the firing pin, firing the gun.

(Here we present two of our most popular handgun profiles as one combined post for your reading pleasure. These both appeared seperately last year.)