Between China And Coronavirus, Taiwan Needs A New Model For Economic Growth 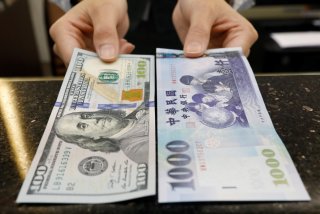 Taiwan’s economy has held up relatively well thanks to a quick and effective response to COVID-19. The latest official figures showed that Taiwan’s GDP in the first half of the year grew by 0.78 per cent, year-on-year. Domestic demand contributed 0.51 per cent and net exports made up 0.27 per cent. Apart from the lingering impact of the global pandemic, Taiwan’s economy is also challenged by the uncertainty of US–China relations.

Exports of electronic components registered especially high growth, yet the exports of other manufacturing products deteriorated. Taiwan Semiconductor Manufacturing Company (TSMC) has been the main contributor to export growth. Huawei’s surging orders from TSMC before the US September ban was the key driver of strong sales.

Taiwan’s tourism industry suffered the most from COVID-19. Transportation, food and accommodation services contributed negatively to economic growth in the first half of the year. Yet, given tourism’s relatively small weight in Taiwan’s GDP figures, the impact of an ailing tourism industry on Taiwan’s overall economy is not as devastating as the rest of Asia.

Taiwan’s economic performance in the second quarter was worse than in the first quarter. Even with the resumption of industrial production in China, the impact of the global economic slump remains huge. The absence of a medical solution to COVID-19 suggest that a global economic rebound remains elusive in the near-term.

Taiwan’s government sought to boost short-term domestic consumption through a stimulus package of NT$1.05 trillion (US$35 billion), constituting about 5.5 per cent of current GDP. But fiscal stimulus is not a sustainable solution if the crisis prolongs. Taiwan’s government is already burdened by considerable national healthcare expenditure.

The growing US–China rivalry adds another dimension of uncertainty to Taiwan’s economic future. If US President Donald Trump wins the November presidential election, further US–China confrontation and economic decoupling is likely. Taiwan’s economic growth model would have to change. It has long relied on exporting intermediate goods to China for transformation into final goods which are then exported to the United States. If US Democratic Party nominee Joe Biden wins, decoupling is more likely to come off the US government agenda.

Manufacturing investment has mostly shifted to developing Southeast Asian countries. This investment relocation is not only related to Taiwan’s New Southbound Policy. The policy would not succeed if the external environment did not favour an investment shift such as this. Since 2019 there has also been a huge amount of investment into Taiwan’s manufacturing industry from China-based Taiwanese firms. Taiwan’s encouragement of investment repatriation fits with current business needs to relocate factories back to Taiwan.

Growing investment in countries other than China will provide Taiwan more production flexibility. With US–Taiwan relations warming, Taiwan should prepare for greater economic liberalisation, as there could be an opportunity to engage in more bilateral and multilateral free trade agreements.

Taiwan’s long trade reliance on China suggests that Taiwan–China decoupling is going to be a prolonged process with many uncertainties. US trade retaliation against Chinese products, for example, is considered a violation of global trade rules by the World Trade Organization. The outcome of the US election might also determine whether the United States will continue to be tough on China. Even with a Trump victory, the United States may not ramp up support for Taiwan if an economic deal can be reached with China.

Taiwan has been able to maintain most of its domestic economic activities without implementing any lockdown measures. Its strength in manufacturing and production flexibility have allowed it to benefit from the booming global demand for information and communications technology goods. But uncertain US–China relations pose greater challenges to Taiwan’s economic prospects down the track.

It is important for Taiwan to retain the ability to be responsive to the dynamic global economy. Securing emerging opportunities in new production alliances with leading global firms will also be key for economic prosperity in the post-COVID-19 era.

Min-Hua Chiang is a research fellow at the East Asian Institute (EAI), National University of Singapore.