Between Roosevelt and Mao: China’s Navy Discovered the Secret to Naval Greatness 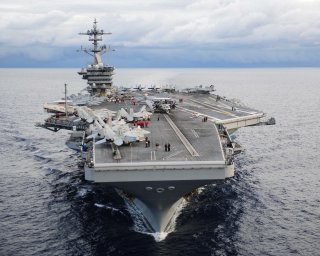 Here's What You Need To Remember: Roosevelt and Mao, then, aren’t as odd a couple as you might think. Human minds run in grooves toward similar destinations. That’s why, according to the late, great Naval War College professor Michael Handel, it’s possible to form Clausewitzian habits of mind without ever reading Carl von Clausewitz’s monumental treatise On War.

Disparate national circumstances demand disparate approaches to designing, building and deploying fleets. You go to war with the navy you can afford.