Beware: A War With North Korea Would Be No Cakewalk 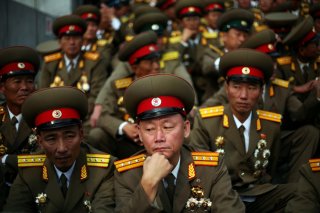