Biden’s Middle East Drawdown Was Long Overdue, but Its Not a Strategic Shift 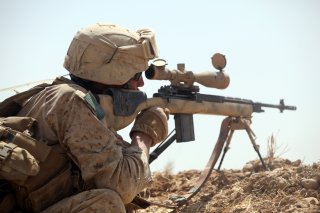 Editor’s note: In early August, The National Interest organized a symposium on American foreign policy in the Middle East under the Biden administration. A variety of scholars were asked the following question: “Given Joe Biden’s recent decisions in Afghanistan and Iraq, is the president right to be reducing the U.S. military presence in the Middle East?” The following article is one of their responses.

Here's What You Need To Know: Joe Biden’s decision to leave Afghanistan, and hopefully Iraq, is a belated recognition that the military strategy has not, and will not, work.

Let’s ask the question in a different way. Has a military presence in the Middle East served important U.S. national interests? For instance, has it protected the country from attack? The answer is no. In fact, one could make a good argument that U.S. military outposts in the Middle East were themselves targets of attack and finally helped provoke the attack on 9/11.

That attack did not come out of nowhere. Our interference in the region, aiding and abetting right-wing dictatorships (both secular and religious) rather than the growth of democratic processes earned us our enemies. Our singular backing of ever-evolving Israeli racism and illegal territorial expansion (I value international law over the Old Testament) earned us our enemies.

The counterargument that the Arabs should look to their own faults and stop blaming the West is really a red herring. Arab faults (which are real) do not exonerate Western, or U.S., wrongheaded behavior (which mainly reinforces Arab faults).

Joe Biden’s decision to leave Afghanistan, and hopefully Iraq, is a belated recognition that the military strategy has not, and will not, work. Yet, Biden’s planned actions cannot be seen as a strategically definitive shift in policy. As the president never tires of telling us, he is an “ironclad Zionist.” As long as the United States continues its role as the ally and financial backer of a regime that violates international law, perpetuates anti-democratic and racist based political policies, and relies on military force rather than diplomacy to settle disagreements, our nation will not only violate its own alleged ideals and values—it will, in doing so, continue to earn its enemies in the Middle East.