The Biden Administration Is Selling Infrastructure As a Complete Win-Win 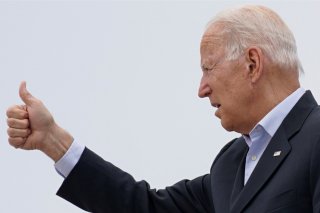 The bipartisan infrastructure deal that the Biden administration agreed to last week would decrease government debt and add billions of dollars to the economy, according to a new analysis released Wednesday.

The report, conducted by the Penn Wharton Budget Model, estimated that during the first decade of the bill’s framework, debt would increase by 0.4 percent compared to the baseline while GDP stays the same as under the current-law baseline, citing that spending would outpace the increases in revenue for the first ten years.

“It will take us a long time for the infrastructure to become productive, but it will provide a small but significant increase in output over the long term,” Jonathan Huntley, one of the authors of the analysis, told The Hill.

In 2050, however, government debt would decline by 0.9 percent compared to baseline and GDP would climb by 0.1 percent.

The authors noted that over time the new spending from the infrastructure framework will decline while IRS enforcement continues. This will prompt an increase in GDP and revenue growth.

The report comes as President Joe Biden and a bipartisan group of senators last week struck an infrastructure deal that proposes $579 billion in new spending over the next five years, with a total of $1.2 trillion in spending over eight years. The legislation focuses spending on traditional infrastructures, such as roads and bridges, water infrastructure, energy investments and climate resiliency.

The proposal calls for any “unused” coronavirus relief funds and increased IRS enforcement activities to help fund the new spending.

Biden traveled to Wisconsin on Tuesday to sell the infrastructure deal, where he argued that improving America’s infrastructure is a critical investment that would also help mitigate the climate change crisis and build millions of new jobs in the energy and transportation sectors.

“This deal isn’t just the sum of its parts. It’s a signal to ourselves, and to the world, that American democracy can come through and deliver for all our people,” Biden said. “America has always been propelled into the future by landmark investments.”

He added. “We’re not just tinkering around the edges.”

Biden and congressional Democrats are also reportedly considering passing a Democratic-only measure this year that includes investments that weren’t featured in the bipartisan infrastructure deal.