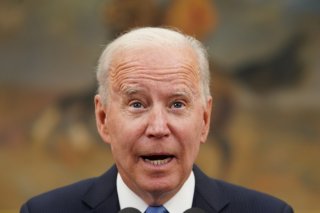 Here's What You Need to Remember: The push for a fourth stimulus check is centered on the idea that many Americans need the check to stave off poverty. This was the argument put forward in mid-May by seven Democratic members of the House Ways and Means Committee, who sent a letter to Biden advocating for recurring stimulus checks.

On June 11, it will have been exactly three months since the American Rescue Plan Act was signed into law by President Joe Biden. On March 11, the IRS began to release more than 160 million stimulus payments, typically $1400 per adult and an additional $1400 per dependent. Ninety days later, the stimulus package has mostly been paid out; an estimated 90 percent of the checks have been delivered. It has also mostly been spent, and the pressure is on Congress to pass a fourth check.

The idea of a fourth stimulus check is not new; calls for it began almost immediately after the third check was sent out. Many progressive Democrats, frustrated by the arduous negotiation process each time a stimulus measure is passed, have advocated for one law that would provide for recurring checks for the duration of the pandemic. This idea is popular among Americans, too; a Change.org petition calling for monthly $2000 stimulus checks recently passed 2.3 million signatures.

However, Biden has not commented on the possibility of a fourth check. As the nominal head of the Democratic Party, he sets its policy, and he has concentrated his efforts to pass the measures contained in the American Jobs Plan, his infrastructure plan, and the American Families Plan, a COVID-19 recovery bill that would provide for free community college and pre-K education and nearly double the Child Tax Credit. When combined, these two plans cost roughly $4 billion, an amount that has driven some fiscal conservatives apoplectic. Put simply, there is no additional room for another costly stimulus measure.

The push for a fourth stimulus check is centered on the idea that many Americans need the check to stave off poverty. This was the argument put forward in mid-May by seven Democratic members of the House Ways and Means Committee, who sent a letter to Biden advocating for recurring stimulus checks. The letter noted the good that could come from another stimulus measure; according to some estimates, 16 million Americans had been saved from poverty by the March bill, and 12 million more could be saved by an identical one.

However, the letter did not mention a Boston Herald report that determined that, of the original round of $1200 stimulus checks from March 2020, one and a quarter million of them – amounting to $1.7 billion in total – had never been cashed in the first place. More significantly, it did not speculate about the cost of another stimulus measure, a problem that Biden is keenly aware of.

As he negotiates down the $4 billion price tag for his two signature bills, it is unlikely that he will cave to the Democrats supporting a fourth stimulus measure and add hundreds of billions in further spending to the pile.