Biden Doesn't Want "Unity." He Wants Conservatives to Shut Up. 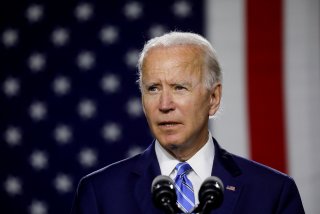 In that address, he spoke of his mandate to govern: a mandate, he said, that extended to marshalling the “forces of decency … fairness … science … hope.” Which is a pretty vague mandate, as it turns out.

But there was another overarching mandate Biden expressed: a mandate to come together, to unify as Americans. “To make progress, we must stop treating our opponents as our enemy,” Biden said. “We are not enemies. We are Americans.”

Who wouldn’t like an America in which our neighbors no longer see us as cancel-culture targets, in which we no longer have to fear our compatriots rioting and looting over supposed systemic injustices, in which our social interactions are not limited by our voter registration?

Americans are right to have some rather serious trust issues with calls for unity in our polarized time. After all, former President Barack Obama pledged American reunification right up until he began treating tea partyers as unspeakable threats and political opponents as crypto-racists. Everything was hopey and changey right up until the time … it wasn’t.

So, in order to earn our trust, Biden would have to call his own side out for raising the temperature. And he has steadfastly refused to do so.

He hasn’t called out Black Lives Matter for the suggestion that America is systemically racist; he has cheered it on. He hasn’t condemned Antifa; he has deemed it a philosophy rather than a dangerous movement. And he certainly hasn’t said a word about the continuing attacks on Trump supporters.

We will wait in vain for Biden to chide former first lady Michelle Obama for declaring that 70 million Americans “voted for the status quo, even when it meant supporting lies, hate, chaos, and division.” Our bones will likely bleach before Biden tells Hillary Clinton that Trump supporters aren’t deplorables.

No, “unity” in the Biden formulation isn’t a recognition of what we have in common; it’s a demand that we silence ourselves in order to mirror Biden’s priorities.

Unity, you see, can be achieved one of two ways: through recognition of the other, through a determination to understand those who think differently than we do; or through ideological domination. It’s rather obvious which pathway Democrats will choose. After all, social ostracization is one of their most powerful tools. Why disarm now?

Americans can only come together when we share a common philosophy, history, and culture. Democrats have spent years attempting to tear away those commonalities in favor of coalitional interest-group politics.

Ironically, it’s that very desire—the desire for monolithic control—that will be their undoing.

Unless Biden is serious about unity—unless he’s willing to cross the aisle and recognize the humanity of those with whom he disagrees, and to call out those on his own side who won’t—Biden’s term is likely to be contentious, polarizing, and ultimately unsuccessful.