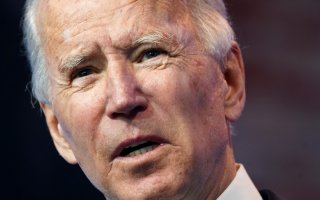 From a recent Washington Post report by Matt Viser, Seung Min Kim, and Annie Linskey, it looks as if President‐​Elect Joe Biden is being urged to end‐​run the Senate’s advise and consent function in some of the same ways that presidents Donald Trump and Barack Obama did before him:

A Republican‐​held Senate — or even one with a narrow Democratic majority — probably will affect Biden’s Cabinet picks given the Senate’s power to confirm nominees.

One option being discussed is appointing Cabinet members in an acting capacity, a tactic that Trump also used.

“Just by virtue of the calendar and how many positions are filled, that’s always a possibility,” the person said. “Because the Senate moves so slowly now, so much more slowly than it used to.”

We at Cato have been repeatedly critical of the tactics used by presidents of both parties to work around the Senate’s advise and consent role. As Ilya Shapiro and Thomas Berry wrote concerning a furor over Obama’s nomination of a general counsel for the National Labor Relations Board (NLRB):

Under the default constitutional rule, all federal officials are nominated by the president with the “advice and consent of the Senate.” But sometimes, when an unexpected vacancy arises, appointing and confirming a replacement can take a while. Congress knows this, and that’s why it has enacted—and frequently updated—the Vacancies Act. The latest version, called the Federal Vacancies Reform Act (FVRA), authorizes the president to bypass advice and consent by appointing temporary “acting officers” to fill certain vacancies.

But Congress is keenly aware that such a unilateral appointment power can be easily abused. That’s why acting officers serve under a strict 210‐​day time limit. It’s also why “a person may not serve as an acting officer” if that person is nominated to be the permanent officer (with an exception only for longtime first assistants).

Although Obama used variations of the tactic repeatedly, the Supreme Court has shown heartening interest in both the separation of powers aspects and in a textualist approach to the FVRA, as in 2017’s NLRB v. SW General case, discussed by Thomas Berry here. We have continued our work against abuse of the tactic under President Trump, filing an amicus brief “in the Northern District of California to encourage the court to invalidate a final rule that was passed 264 days into Chad Wolf’s time as acting secretary of the DHS.”

I expect we’ll be just as critical if and when President‐​Elect Biden chooses to continue bad practices in this area.