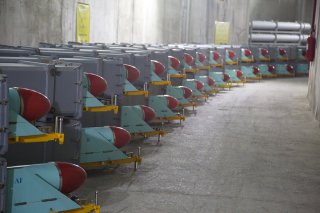 Here's What You Need to Remember: If the Trump administration truly wanted a diplomatic deal to curtail Iran's missiles, it wouldn't have torn up the JCPOA. The administration wants fewer arms-control regimes, even if rolling back decades of painstakingly negotiated agreements means a much greater risk of an out-of-control arms race that could end with nuclear war.