The Biggest Flaw of the U.S. Navy Isn't a Lack of Warships (Something More Basic) 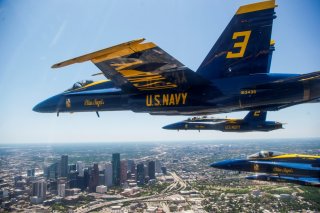 Here's What you Need to Remember: Implanting an upbeat culture that disdains dogma would unlock the talents and enthusiasm of officers, sailors, and civilian officials, junior and senior. It would help the fleet work around subpar past decisions while performing better in the future.