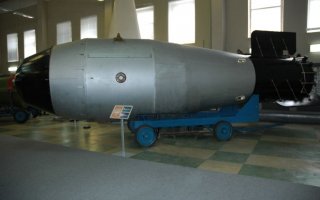 Key Point: NATO fighters would shoot the lumbering plane out of the sky long before it had a chance to drop its huge bomb.

Steve Weintz, a frequent contributor to many publications such as WarIsBoring, is a writer, filmmaker, artist, animator. This article first appeared several years ago and is reprinted here due to reader interest.