The Biggest Threat to the F-22 Raptor Could Be... Hurricanes? 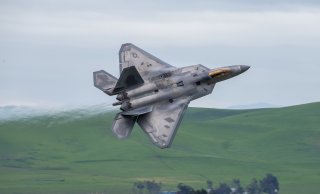 Here's What You Need to Remember: In 1992, category-five Hurricane Andrew Homestead Air Force Base near Miami, damaging and destroying F-16s and C-130s that were unflyable and, like Tyndall’s F-22s, were incapable of fleeing the approaching storm.